About us ನಮ್ಮ ಬಗ್ಗೆ 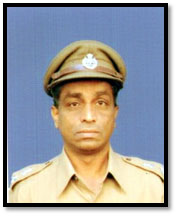 B +ve Coaching Center is headed by Sri K G Shankarappa who was Indian Revenue Service officer (IRS) in Government of India.Sri K G Shankarappa began his career of teaching in 1975 after his Post graduation in Economics from Bangalore University. He later joined for Customs and Central Excise Department. He has worked has IRS officer in various capacities all over India. He has several Research papers and Books to his credit. Sri K G Shankarappa has been teaching General studies since 1975 to job aspirants and it is proud that many job aspirants have secured government service under his esteem guidance.